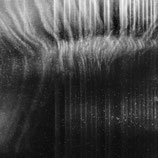 Besides his conceptual work on transferring the sound aesthetic and compositional principles of Minimal, Pop and Electronic Music into an acoustic and orchestral format, the 25 year old composer and pianist Philipp Rumsch concentrates in his solo-project on electro-acoustic music. A Forward-Facing Review is one of his works resulting from a one-year study period at Rytmisk Musikkonservatorium in Copenhagen.  In contrast to his previous work, Rumsch is responsible for both composition and sound design / mixing. Inspired by composers like Morton Feldman, Giacinto Scelsi and Elaine Radique and by the music of William Basinski, Tim Hecker, Brian Eno and Ben Frost, Rumsch draws up concepts to approach electro-acoustic music with pianistic elements. By only using acoustic and electronic keyboard instruments like piano, fender rhodes and various synthesizers, Rumsch first created the sounds for his composition in order to manipulate and edit them on the computer.

His EP is a twenty-minute long concept composition with two parts exploring in two different ways a various amount of sounds as well as their gradual modulation. Part I consists of different layers arranged in a counterpoint-like construct. As a result an oscillating entity emerges, whose elements respond to each other. A wide range of frequencies, sonic characteristics and elements. Part II is more minimalistic. An almost constant number of elements creates a sonic composition, which rests in itself. Thus development emerges through a gradual modulation of a few parameters.

On A Forward-Facing Review Philipp Rumsch pursues open forms with a focus on exploration and variation of sound by using sparse fragments of melodies and a natural-floating pulse instead of a constant, metrical grid. He invites the listener to accept subtle developments and offers the possibility to immerse into a difficile and diverse soundscape. Danish artists Anders Bach and August Rosenbaum as well as Icelandic composer, sound designer and multiinstrumentalist Valgeir Sigurðsson supported Rumsch in producing A Forward-Facing Review.

A Forward-Facing Review is the first release of Philipp Rumsch on Denovali  and the beginning of their collaboration, which will be continued in January with releasing reflections, the album of his twelve-person ensemble.